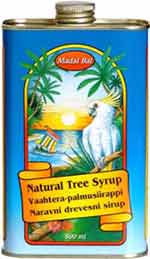 Madal Bal Natural Tree Syrup—a blend of maple syrup and several tree palm saps—is one of the key ingredients in the Maple Syrup Lemon Detox Diet. The other two necessary ingredients are lemons and cayenne pepper.

Originally called the Master Cleanse System, the Maple Syrup Lemon Detox Diet, is a combined dieting and detoxification method developed in the 1940s by Stanley Burroughs. It’s essentially a juice fast. No food is allowed over the fasting period, the only nourishment permitted is provided by the syrup, lemons, and cayenne.

As far as natural dieting methods go the diet has to be somewhere near the top of the list, but fasting methods are as hard on the body as they are one the willpower and Madal Bal Natural Tree Syrup is an extremely import part of the diet because the maple syrup mix provides most of the energy (and many of the nutrients) Maple Syrup Lemon Detox Dieters require to get them through the day.

The Maple Syrup Lemon Detox Diet gained a boost in popularity when the singer Beyonce Knowles let the cat out of the bag and admitted she used the diet when she needed to lose a few pound for her role in the movie Dreamgirls (2006). She lost 1 ½ stone in two weeks.

Although normal maple syrup is known to contain a limited amount of amino acids and some potentially beneficial antioxidants the nutritional value of the normal everyday kind of syrup does not compare well to Madal Bal Natural Tree Syrup.

Madal Bal Natural Tree Syrup uses only syrup taken from donor trees that have matured for at least 40 years and relies on a unique formulation that was five years in the making.

How to Use Madal Bal Natural Tree Syrup

Madal Bal Natural Tree Syrup is combined with lemon and cayenne to make a drink.

The detox drink consists of two tablespoons (20ml) of Madal Bal Natural Tree Syrup  mixed with two tablespoons of (fresh) lemon juice and a pinch of cayenne pepper, combined with half a pint of water—hot or cold, it doesn’t matter.

There is no restriction on how many drinks can be consumed each day, but the recommended amount is six to nine glasses.

Many practitioners of other fasting methods, including the 5:2 Diet, nourish themselves by following the Maple Syrup Lemon Detox Diet on their fasting days.

A wealth of independent feedback is available and five star reviews are pretty much the norm. Many of the one star reviewers complain of feeling ill (sometimes quite severely), but their symptoms are more probably a reaction to lack of food than to the mixture itself:

“The first few days of the Lemon Detox Diet were bearable but by the fifth day I was really ill and could not continue. I experienced symptoms I have never felt before. I can only think it was as a result of severe dehydration . . . As soon as my colleagues persuaded me to eat some food I felt better. Never again!”
“Not happy, so expensive and only used this products for 2 days (exactly as the package said I had a proper measurements etc!). I had to stop as became very dizzy, was sick and damage my stomach lining when coughing a blood! People should be very careful!”

“I found the product really great, if you put ginger in it instead of pepper improves the taste significantly, i found it easier on the second day and thought I can live like that forever, did 4 days the first time and lost 4 kilos, then 2 days on the following week and lost another 2 kilos.”
“Was a bit skeptical of this product, but it really takes the edge off, following a 5:2 diet and use it on those days. Never hungry, and quite tasty!”

Side Effects & Other Considerations

Madal Bal Natural Tree Syrup is one of the most natural products anyone could wish for, so although it is possible Maple Syrup Lemon Detox dieters may experience problems while adjusting to self-imposed fasting methods, it is highly unlikely they will encounter any negative issues resulting from the use of the product itself, and the syrup’s entirely plant-based formulation makes it ideal for vegetarians and vegans.

Dieting methods that involve any kind of fasting are unlikely to be suitable for diabetics and/or pregnant and lactating mothers. Such a reduced daily calorie intake may also be problematic for anyone with existing (or suspected) health issues so potential dieters are advised to seek medical advice prior to attempting such techniques.

Where To Buy – Purchasing Options 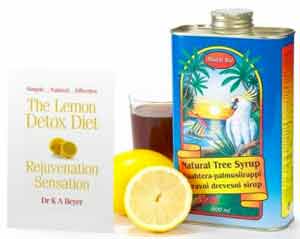 Madal Bal Natural Tree Syrup is stocked by many health food retailers, the best offer and our recommended stockists is Evolution Slimming.

Evolution Slimming sell a wide range od diet and beauty products and also offer a 30 money back guarantee on all orders. Shipping is worldwide.