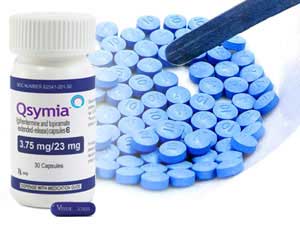 Qsymia is a diet pill designed to be a go-to medication for doctors who need to try and reduce the weight of their most obese patients. The capsules contain two drugs, the first of which (Phentermine) is a much sought after prescription-only weight loss drug that has a reputation for delivering results. The second drug (Topiramate) is an anticonvulsant. Any weight loss abilities it may possess are secondary to its main function and its use has been linked to fetal damage and birth defects.

Qsymia was created by the Californian company Vivus and the company submitted it to the FDA for approval two times. The first time the FDA refused to sanction its use, stating concerns about the medication’s ability to cause birth defects and other side effects, including cardiovascular issues. The second time the medication was submitted the FDA aproved its use as a prescription only medication for the obese, even though their original concerns about the drug had failed to be addressed. Health officials in Europe took a sterner approach. When Vivus tried to get the drug approved for use in European territories, it was rejected without hesitation.

Phentermine is an appetite suppressant, so it is possible that Qsymia also possesses this ability, but the truth of the matter is experts are unsure how the weight loss provided by Qsymia is attained.

Obese patients involved in a year long trial achieved average weight losses of of 8.4% to 10.6%, depending on the dosage they received. However, the researchers noticed most of the weight loss occurred within the first three months of use.

In another study, comparing Qsymia with the weight loss drugs Belviq and Contrave, Qsymia proved to be nearly twice as effective as Contrave and three times more powerful than Belviq.

Only one Qsymia capsule is required per day because the medication is designed to release its drugs into the body slowly, throughout the day. However, Qsymia comes in two strengths and doctor’s begin by prescribing the lower strength version (23mg) for the first two weeks. The more potent version (46mg) is used from day 15 onwards. The medication must be used in conjunction with diet and exercise though. This has been specified by the FDA and any patient who fails to show a 3% decrease in bodyweight by the end of the first 12 weeks of use will no longer be able to receive any further prescriptions.

Qsymia is only approved for adult patients who have a BMI of 27 or more (with weight-related health issues) or a BMI of 30+ (without any weight related health problems). The medication is not suitable for pregnant women though, or people with certain medical conditions.

Interactions With Other Medication

Qsymia is not suitable for use alongside some mediations.

The side effects associated with Qsymia are many and some of them are worrying to say the least.

Possible side effects include: 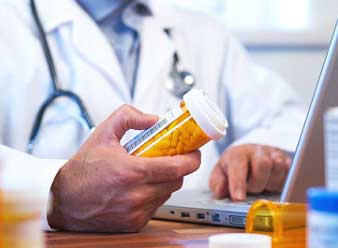 People who use Qsymia to further their weight loss goals will need to keep their doctor informed of any changes they become aware of (physical or mental) so the doctor can monitor the situation in the correct manner and/or stop the prescription. People using the drug are also advised to drink plenty of water each day to limit the likelihood of kidney stones becoming an issue.

Click here to read about Diet Pills available without prescription