The steroid Dianabol (methandrostenolone) can help provide muscle gains of up to 24 pounds in just six weeks. With credentials like that its status as the most popular bodybuilding steroid in the world is not so surprising. But Dianabol users risk a number of dangerous side effects, so the real surprise is how far many bodybuilders are willing to go to fulfil their dreams of building the body-perfect.

Dianabol Is a popular brand name given to the anabolic steroid methandrostenolone (derived from testosterone).

When was Dianabol Created? 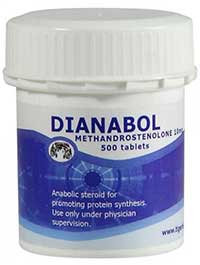 Although it is possible Russian athletes may have been using steroids for some years previous to methandrostenolone’s creation, it is generally believed that Dianabol was developed in the 1950s by John Bosley Ziegler at the Ciba chemical company in Switzerland.

It was there that it received the name Dianabol. The company has since been swallowed by other larger concerns, and has not produced Dianabol for a number of years, but the name “Dianabol” is so often associated with bodybuilding success certain steroid manufacturers continue to favour its use.

Ziegler was convinced that much of the sporting success experienced by Russian athletes was due to the use of performance-enhancing compounds so he contacted the relevant regulatory bodies and proposed the American Olympic team be allowed the same advantages. However the people in charge of the team were only willing to test Dianabol on some of the athletes at the lower end of the scale.

The FDA has since banned the use of Dianabol and other similar anabolic steroids under the Controlled Substances act and most sporting organization will issue a ban to any athlete that is tested positive for steroids or other performance-enhancing drugs. 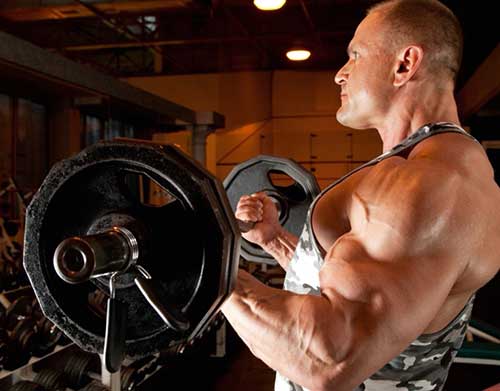 What are the Other Names for Dianabol?

Dianabol continues to be the most popular name for methandrostenolone, but several more names are in use.

How Does Dianabol Produce Such Powerful Results?

Dianabol is a versatile steroid that can produce many favourable results, but most of its prowess as a bodybuilding aid is probably due to it abilities in two important areas.

Protein synthesis is the name used to describe the process the body uses to extract protein from food and uses it to repair and rebuild muscle tissue. Any compound that can speed up and improve this process offers obvious benefits and Dianabol has proven to be very effective in this regard. However, the process can be hampered if nitrogen levels fall too low. This is a natural occurrence when the muscles are being worked hard so the importance of Dianabol’s ability to improve nitrogen retention needs little explanation.

Other Dianabol benefits include:

How is Dianabol Taken?

Although it is possible to inject Dianabol it is usually taken orally and many users appear to be a law unto themselves when it comes to deciding on the best dosage.

Doses of 20mg to 25mg appear to be the most popular, but some users claim to have gained good results with doses of just 15mg per day. However some users risk doses of up to 100mg per day and such high doses can only increase the risk of side effects.

Is Dianabol Easy to Detect by Testing?

Testing positive for steroids can result in a ban from competing and may spell an early retirement for some athletes. And it is getting harder to beat the tests. There was a time when a urine test taken 4 days after the last steroid dose would fail to show anything of note, but some modern-day athletes claim they have tested positive for steroids up to a month after their last dose and detection methods continue to improve.

What are the Side Effects?

Although some people (especially those on low doses) may be lucky enough to avoid any major side effects, not everyone is so fortunate.

Common side effects caused by Dianabol include:

Women who take Dianabol risk becoming more masculine rather than more muscular, so it is an especially unsuitable option for anyone who values their femininity.

Do the Results Justify the Risks Involved?

Although Dianabol’s prowess as a bodybuilding aid cannot be doubted it simply is not worth the risk. Athletes who are found to have Dianabol in their systems can often kiss their sporting dreams goodbye and users of all types may find steroid usage has caused irreparable damage to their bodies.

Such risks have always been unacceptable—hence the FDA’s ban on steroids. However, some of the more talented supplement providers have succeeded in producing Dianabol substitutes that can deliver the same benefits as the steroid without any of the encumbered risks to the health.

So the fact that people continue to put their bodies on the line just to gain a few extra pounds of muscle is strange to say the least.

Can I Buy Dianabol

There are safe alternatives that are perfect legal to buy. D-Bal by CrazyBulk is arguably the most popular.

D-Bal is ideal for fast muscle gains, increased strength, bridging between cycles for maintained gains – it is also great for stacking with other supplements