Sometimes it may seem easier to give up and accept you are not going to lose a lot of weight. When you have tried diet and exercise there is another option and that is Slimband.

The claims are that is will help you lose weight without you feeling hungry, and it is a long term loss rather than the yo-yo experience that comes with a lot of diet programs.

There are concerns about operations and the risk of the side effects so finding a band that is quick to insert meaning that there will be less risk of infection is good news for the many clients of the Slimband clinics.

Slimband is a band that is inserted inside you during a 30 minute operation. It does not have to be a lifetime fitting as some others are. Once the weight has been lost and you feel that you can control your diet, you can have it removed and eat normal portions of food again. Removal is no more problematic than the insertion.

How Does It Work? 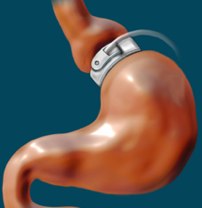 Once in place it will make you feel fuller quicker so you will stop eating after a small portion. Unlike pills and shakes, you can rest assured that you are covered every day as you can forget to take pills, but not remove the band. On the other hand you cannot have a day off for a special event. It also helps to slow down digestion so you are less likely to snack between meals.

One reason that the company believe it is so effective is that once the band is in place, dieters are not left to go it alone.

Once inserted there is a decision made regarding the size the stomach should be left at, so each individual will have their band set at what is right for them not just a generic setting.

A saline solution will be injected into the band and this will ensure it allows the individual to feel the right amount of fullness that is needed to help them lose weight.

There is also is a lot of back up support both from the staff and an online community so if someone feels they are not losing as much as they should be they can gain advice and encouragement. 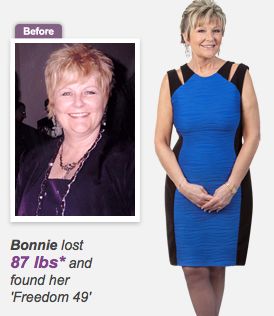 The company website has a number of endorsements from users that have been happy with the results they have achieved, and in some cases, the weight loss has been significant – more than 200lbs.

There have been a number of commercials promoting it and again it is people telling their success story.

It does not seem that there has been a great deal of use by celebrities as there are no easy to find stories from them talking about the success.

If the many success stories are accurate then it does seem to work. There is a lot of interest in the procedure and in Canada, there have been more of this type of band used than any other when it comes to medical procedures.

Research by the company has found that it can take just a year to lose half of what patients need to in just a year. It also is claimed that the weight has not been put back on and in some cases as long as 7 years later, users are still maintaining their weight.

There is talk about clinical trials but these do seem to have been carried out by the company and they show that there have been many success stories and no problems with either the procedure or following the diet.

One newspaper report has claimed that there are issues with the initial process and that screening is not being properly carried out. The allegations are serious but have been countered by the fact that the company can show that 8 out of 10 of their customers would recommend the procedure to others.

The former patients who have made complaints have not proved anything in court as yet. The clinic where the procedures were carried out have also passed inspection from the Ontario College of Physicians and Surgeons. Allegations from staff seem to be from ones now working with competitors so it will be hard to assess the accuracy of their allegations.